Engen, one of the main petroleum oil refineries in South Africa have appointed General Energy Systems (GES) a South African industrial energy technology and marketing company to develop markets and test the above new product to be produced at the refinery.

Engen having installed KBR’s supercritical solvent de-asphalting process some years ago resulting in the residual oils produced being a heavier product, the decision has been taken to work with KBR Energy & Chemicals, a company within the Halliburton Group to install their new aquaform process which is designed to produce a solid carbon product as an alternative to the delayed coking process producing “petroleum Coke”. The aquaform process is a low-cost high-capacity continuous process offering the refinery cost efficiency and operating benefits and an order has been placed to install a full scale module to produce product in South Africa to prove the technology and process claims and provide product to test in market applications.

1st Stage
The trial plant is set to produce product at a rate of 25 tons per day.

2nd Stage
Should the trials be successful and the economics support a full scale project, a plant will be installed to produce: –
– Coal technology
– Coal combustion
– Gas and gas utilisation
– Liquid fuel technology

Pricing
Refinery pricing will be under review during the test period with the object being aligned to high bulk fuel products on an energy replacement basis.

Specification
All previous work on the new technology has been conducted in America using petroleum residual material from American refineries.

Immediately the Engen plant is operational using its own residual products, which are obviously different to the American products, a full analysis will be undertaken.

However the general information based on the feed material available for the process indicates the general specification included on Page 10 of this submission.

Timing
The trial plant is currently being modified and is expected to be commissioned in the not to distant future.

Refiners have been searching for many years to find a cost effective means to upgrade the bottom-of–the–barrel residues from crude oil. Historically, thermal conversion, carbon rejection processes such as delayed coking used to produce PET coke and visbreaking have been widely used, accounting for well over 50% of the existing worldwide upgrading capacity. While delayed coking has been used extensively, the process has several inherent drawbacks including high capital and operating costs. The semi-batch nature of a delayed coker requires a complicated solids management systems and is very manpower intensive. This semi-batch operation also raises concerns of reliability, operability, safety and coke handling. Lastly the liquid products from delayed coking are unsuitable and require substantial hydroprocessing, while the solid coke product produced has a low value and is difficult to market.

KBR’s Improved Technology
Aquaform™ is a low-cost, high capacity, continuous process for producing uniform, solid asphaltene pellets. The pellets produced from Aquaform™ are resistant to dusting and can be easily handled, stored and transported. The asphaltene pellets have a higher heating value and improved fuel properties verses petroleum coke, thus adding value to this product. 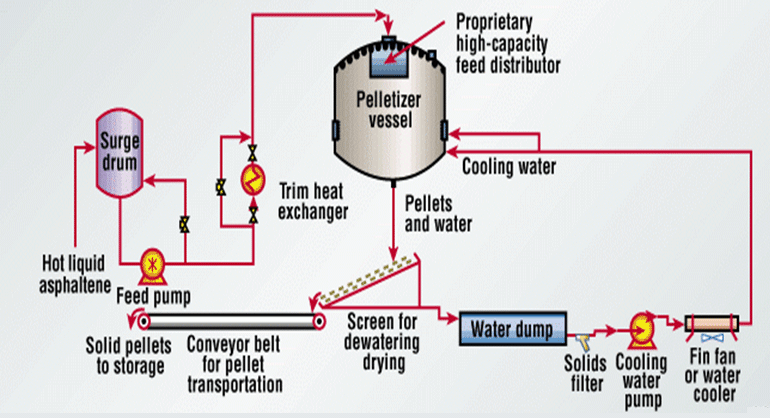 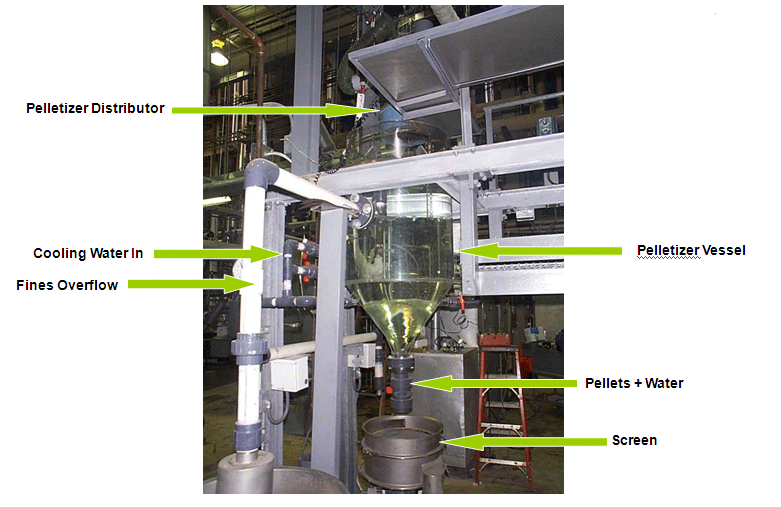 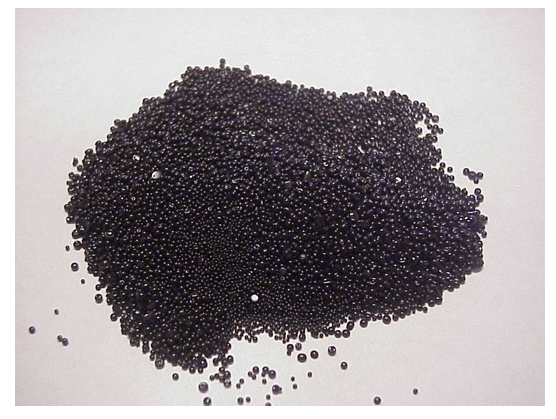 Can be stored in an open air area and handled in the same manner as coal.